Jorgensen Company began in 1932 when Hans Jorgensen, then a Fresno auto mechanic, was asked by the local Fire Marshal if he would be interested in refilling fire extinguishers, since the former service company had closed. This seemed like a good way to make an extra dollar during the Great Depression and Hans agreed. Little did he imagine at the time what this sideline would develop into.

By the end of the Thirties fire equipment had replaced auto repair as Mr. Jorgensen ‘s livelihood, and as the decades passed Hans, and later his sons Al and Don, would continue expanding the family business both geographically and in the services they offered. By the middle of the 1980’s Jorgensen & Company had offices throughout the San Joaquin Valley from Modesto to Bakersfield and a product line that touched every aspect of fire protection and safety.

As the century drew to a close, Al and Don Jorgensen realized that the best way to continue the legacy of their father beyond their own retirement would be to sell the corporation to the employees that had been so instrumental in helping it grow. And so in 1995, control of the company passed outside the family for the first time as Leon Young was named president and Darrell Hefley vice-president.

What does the 21st Century hold? The company continues to explore opportunities for expansion into new markets in Northern and Southern California, as well as beyond via the Internet. We are also actively promoting a service concept the company is uniquely suited for: Integrated Fire Protection. With this program, large single or multi-location companies can have all of their fire protection needs handled by one vendor, for one set price, and invoiced on a regular schedule. And as we have since the beginning, Jorgensen Company will continue to aggressively seek out and develop new products and services for the benefit of our customers. It’s our mission. 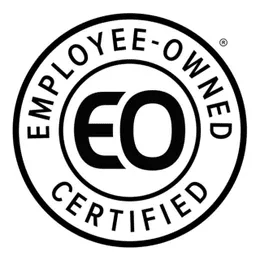